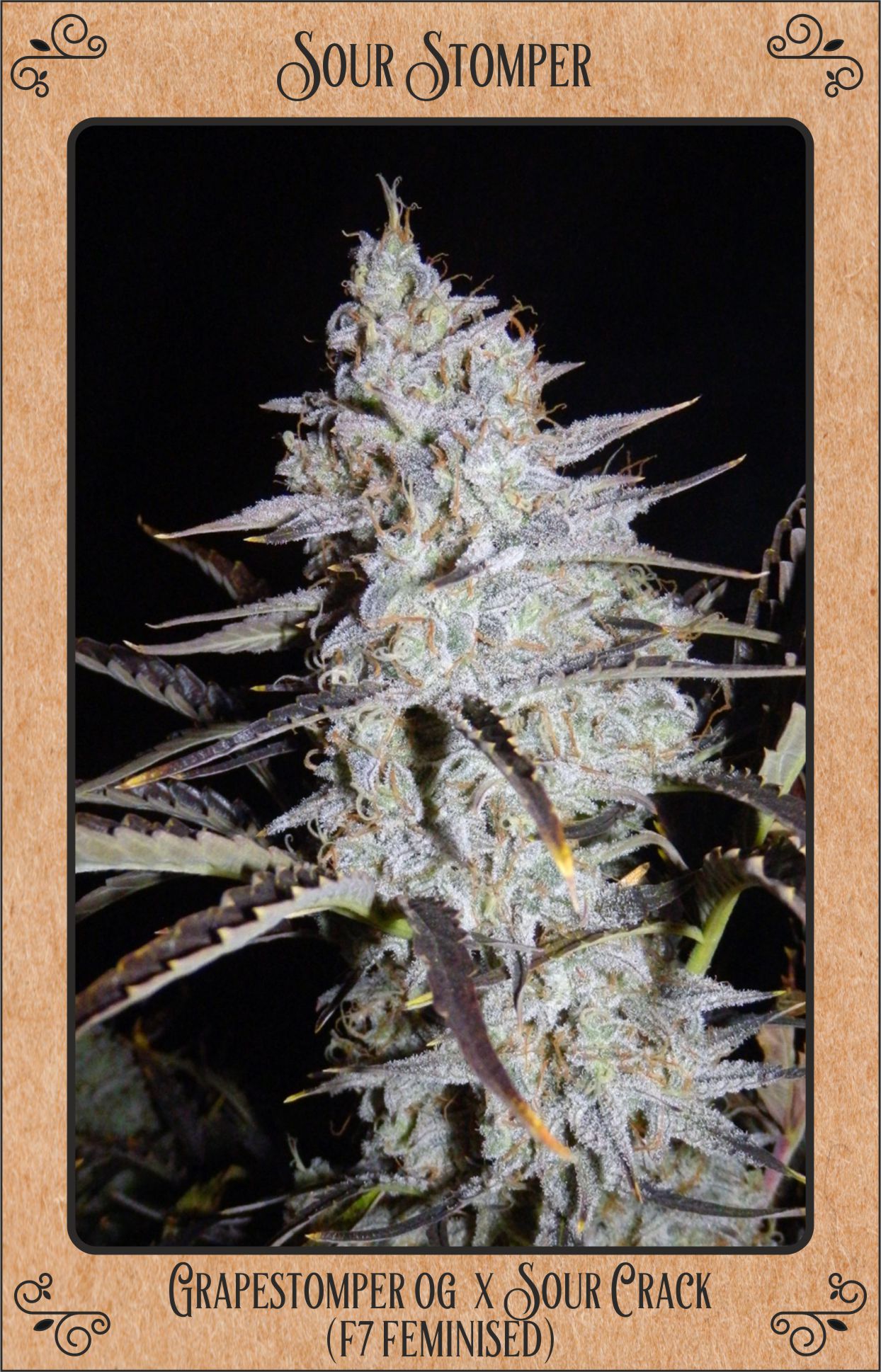 Sour Stomper is the first Mephisto variety whereby someone else had a hand in the project, and we we've been delighted with the results at every stage since. So first and foremost we have to give credit to GBD @Autoflower Network for having the foresight, skill and taste in quality genetics to get this project underway. He made the F1 cross using a Sour Crack female and Grape Stomper OG male, so here's a word from the man himself:

Sour Stomper began with a trip to Denver, Colorado to celebrate the legalization of recreational cannabis use on January 1, 2014. After spending two weeks sampling almost one hundred strains there was a clear standout: Grape Stomper. The grape flavours she emits are other-worldly, almost too good to be true! I had been disappointed by grape strains in the past, but after two tokes of her greasy, grapey, sweet, mouth coating smoke, accompanied by an instantaneous rush of full body relief, I knew she was something special. This began the quest to find Grape Stomper genetics and introduce them into the already unbelievably good autoflower genetics created by Mitch and Tim. The search was damn near impossible, taking correspondence relay races, waiting lists, and some asking extra nicely to finally acquire the beans. If anyone goes on a successful quest for them today my hat is definitely off to you! Once in hand they were immediately germinated, vegged, cloned and flowered. All of the females were absolute crystal queens, but they all left something to be desired in the way of grapey goodness, however one of the males was a different story. The scent from his tacky stems transported me right back to the flavors of the original Grape Stomper, with a little something extra, slightly offensive in the mix. He was selected to pollinate a super sweet Sour Crack that had strong grape undertones and was caked in resin. From there the offspring were handed off to Mitch and Tim to work their magic on, and to translate the best qualities of Grape Stomper into autoflower format. After seeing the Sour Stomper F3 grown out first hand in Spain last year I can safely say the quest was a complete success."

On receiving the F1 seeds from GBD, we set about our usual process for F1 runs, starting 30-40 plants, narrowing down to a selection of 9 females. During the F1s we witnessed some of the most complete, thickest trichome coverage we've had the pleasure of seeing, out of anything, automatic or photoperiod, ever. We selected two pollination candidates, a thick Sour Crack dominant lady; big, thick, fingered leaves, fantastic resin, with an added injection of a sweet grape scent. The second, a Grape Stomper OG dominant lady with nice branching and more elongated colas. She had thinner leaflets, a positively intoxicating smell and again covered in whiteness. The F1 grow was in winter 2014 and the plants quickly turned a deep exotic velvet purple to black with the cooler temperatures. Generally we like to steer away from the plants at F1 that favour the auto parentage, but with this variety and the other artisanals so far, the already high quality building blocks used to donate the auto trait is making this decision trickier, but we opted to go with the Grape Stomper leaning parent. Actually, in hindsight, I don't think we could have gone far wrong with any of the selections from this cross at F1. The foliage of these F1 females were so triched out, it almost felt like sacralige to trim them. At F2, we witnessed a more compact version of the F1s, but a larger version of the Sour Crack, one of our strains we've grown and played with relentlessly over the years.

It's getting harder to rate the frostiness of these new projects, but Sour Stomper is definitely very high up there and can only be described by a potentially invented word 'frostiliscious'. Sour Stomper has actually been the hardest strain to photograph and showcase as it's covering of whiteness against it's purple hues is difficult to capture and definitely best seen first hand. She starts off growing squat and looking very indica, however when she begins flowering she can really stretch - quadrupling in height throwing out branches and her OG heritage sure makes itself known. From early to mid-flower a sweet red grape smell is evident, this develops throughout flowering becoming more intense and complex with a more raw meatier edge coming through as the flowers build. The flower to plant ratio is extremely high, meaning although the outright size of the plants aren't large, this is a small-medium sized variety, the yield is impressive. There isn't a big swing in the phenotypes Sour Stomper puts out; we found two thirds will display colouration under cooler temps, but the flower structures and aromas are very similar throughout. She is a delight to trim and manicure, and is an ideal candidate for extraction work. Performs very well in an autoflower sea-of-green configuration. We pollinated just two candidates to make Sour Stomper F4s, one we've labelled simply as 'the delicious pheno' the other is branded 'whiter than white'.

Overview of medical property's of each cannabis strain

Flowering time means the time the plant/buds need to get fully ripe (harvesting time) and we measure this time from the clock is turned on 12/12 cicle.

A indica type of plant has a shorter flowering period from around the 7-9 weeks while sativa's can have flowering periods from 10-13 weeks or more. The hybride is a combination from those plants with flowering times that will be in between so around the 10 weeks.

The grow period of seedlings is always at least 3-4 weeks, this grow period they will take and it doesnt matter if tthe clock is on 18/6 or 12/12. The 12/12 from start method is a good method but sanni shop advice's to use hybride's or sativa's to be sure you get the space nicely filled. With indica type of plants we advice to put in more plants on a m2 like example 16-24 plants on a m2

Sativa type plants grow for another 3-5 weeks after putting the clock on 12/12 while indica's grow for 2-3 weeks after the clock is on 12/12. This is usable info to prodict youre own veg and flo period with a filled up grow room

The harvest is as big as the weakest link !

Sannie shop counts the harvest in m2 (600 watt) and flowering period. It should not sound weird that sativa plants have longer flowering periods but also the plants with the highest harvest in grams. Indica's will have shorter flowering time as that a sativa has, the length of the flo time and amount off harvest should be counted beside each other. Hybrid plants have the best of both worlds and can give good harvest in a average flo period of around the 10 weeks

Methodes to enhance your results are : 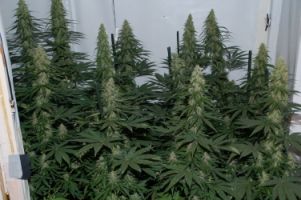 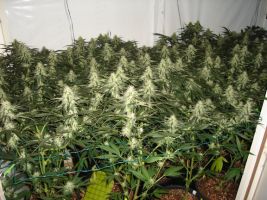 Climate is the most important link in you re grow room and is for 60-70 % responsible for the weight of you re harvest.

Indica type of plant are short and busy which tend to grow wide instead of tall, indica is shorter in flowering time but needs more veg time to fill up the space. 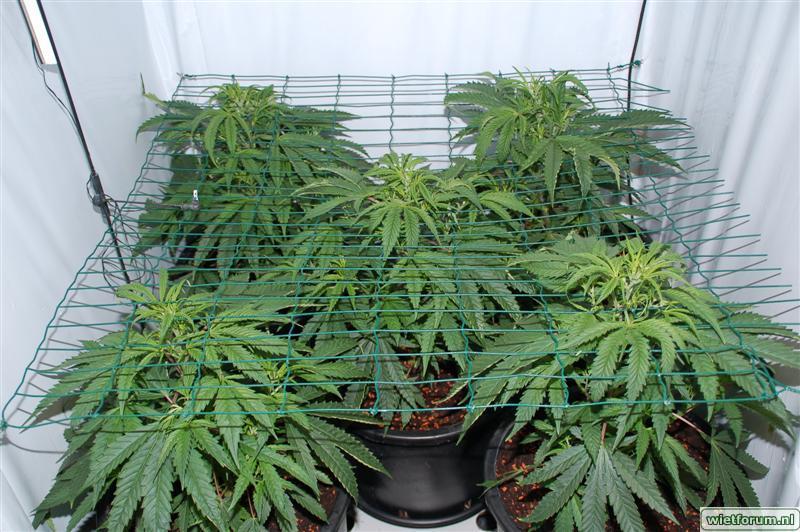 Hybrid type of plants are hanging between the indica and the sativa type of plants which give them also the properties form both, they grow to medium heights and need more space as there indica sisters, 5-9 plants on 1m2 will be filling up the space nicely.

Because they are crosses between indica and sativa type of plant we as breeder try to collect the best of both worlds in one seeds,

The hybrid's can give a stoned/high or a combination feeling, it depends which type of hybrid you will get, for commercial growing the hybrids are favorite 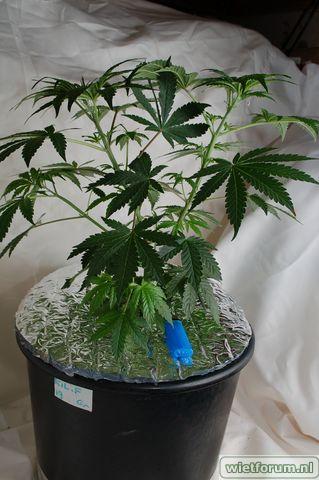 Sativa type of plants need space and height and you need less plants on a m2 to fill up the space, she can grow to big heights, the last years there is a hype of growing sativa's in a scrog method.

Sativa's give a good and balanced high and will take you re brain to another dimension instead of locking you into you re bank. 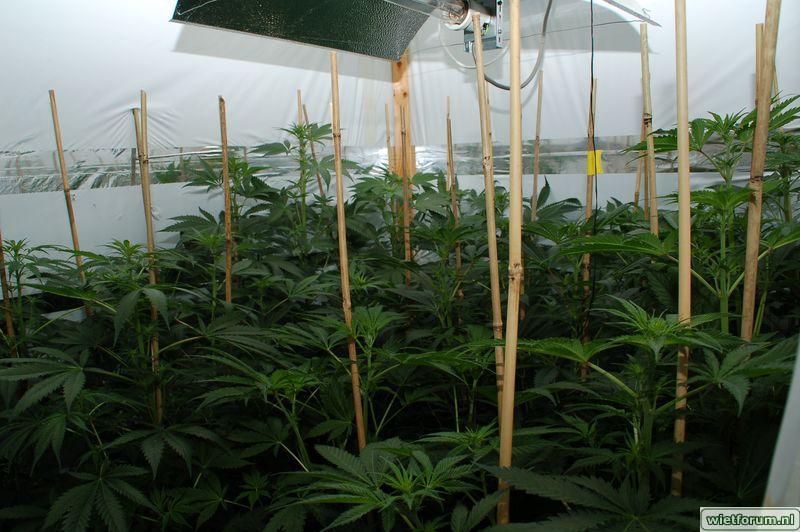 Auto flower and feminized seeds can be every type of plant !

How much seeds will there be in one pack.

Autoflowers don't have a standard vegative grow period but will grow as big as the size of her soil container, the bigger the soil pot the later she will start flowering and so she will grow as big above as under ground and so nicely fill up your grow space

This is a indication about how long to grow your plants but beware that seedlings intent to grow as big as the soil container you are giving them. The bigger the soil container the longer will the seedling decide to get a longer growth period to grow big enough to fill the space. 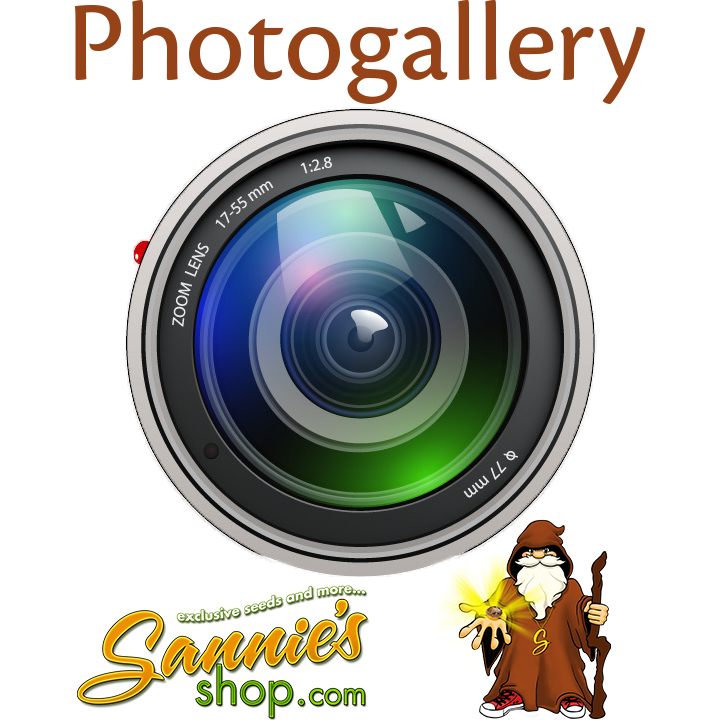